Amazing Discovery by our RCC Friends 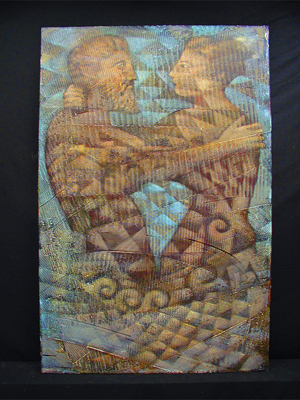 The BBC is breathlessly reporting something that I’ll be NO ONE EVER knew before:

Women are prouder than men, but men are more lustful, according to a Vatican report which states that the two sexes sin differently.

A Catholic survey found that the most common sin for women was pride, while for men, the urge for food was only surpassed by the urge for sex.

I can just Homestar Runner now:  “Seeweeouswy, Strong Bad!  Can you buh-weave it?”

The BBC has shown us how late in the Empire we are, that this would be news.  Actually, it’s more than news.  It’s subversive, which is why it’s coming out of the Roman Catholic Church, that paragon of Western Patriarchal Purgatory, in which all men are gods and all women are bare-foot and prego.

Not that the Romans have any monopoly on this sort of thing, of course.  It used to be that American Protestantism was rife with sexist oppression — women covering their heads in worship, wearing dresses instead of short-shorts to Church.  Do you realize that not many generations ago there were no female worship leaders?  No generous swathes of female belly-flesh undulating from what old cranks pompously called “the sanctuary?”  No navels winking merrily at the congregation?

It’s taken a long hard fight, but Broadly American Evangelical Protestantism has finally reached the gender heights of what George Bernard Shaw proclaimed as the proper gender division within humanity:  male, female, and clergy.  Except if you’re female clergy, you’re still permitted to flaunt your femininity.  If you’re male clergy, however, you’d better not speak or act in any way that a woman wouldn’t be comfortable speaking or acting.

Still, those Catholics think there’s a gender component to sin.

The Pope’s personal theologian backed up the report in the Vatican newspaper.

“When you look at vices from the point of view of the difficulties they create you find that men experiment in a different way from women.”

Msgr Giertych said the most difficult sin for men to face was lust, followed by gluttony, sloth, anger, pride, envy and greed.

For women, the most dangerous sins were pride, envy, anger, lust, and sloth, he added.

Actually, it was the Catholic sinners (or, at least, those who still go to confession) who provide the shocking evidence.

The report was based on a study of confessions carried out by Fr Roberto Busa, a 95-year-old Jesuit scholar.

Protestant ecumenists with their gender priorities straight (or, should that be straight/gay/lesbian/transexual?) need to redouble their efforts to liberate Catholic clergy and laity from the deplorable sexism of the past.